Balanced – I balance time between school, friends, and sports.

Risk-takers – I take chances for the better.

Knowledgeable – I learn new things and use my knowledge in class.

Caring – I respect and care for myself, others, and the learning environment.

Principled – I am lucky to have knowledge and learning resources every day.

Thinkers – I think out the questions thoroughly before answering them.

Open-minded – I accept the ideas of other to affect my point of view.

Inquirers – If I am unsure about a topic I ask the teacher.

Communicators – I communicate my ideas to others.

Reflective – I reflect on what I will do or say and how it will affect a person or thing.

Dear Malala, I am amazed by your bravery against the Taliban members. Your bravery has truly influenced the person you are today. Many young girls in Pakistan wouldn’t be able to have a good education if it weren’t for you and your father. It was a pleasure reading your book because I learned what it is like to be in your people’s perspective. You were always encouraged to change girls’ education and now succeeded greatly.

Part One, Before The Taliban, 1: As Free as a Bird | Malala was a girl like any other from Pakistan before she started changing girl’s education.

2: Dreams | Every spring and fall, during the holidays of Big Eid and Small Eid, Malala’s family visited one of my favorite places on earth.

3: A Magic Pencil | By the time Malala was eight years old, her father had more than eight hundred students and three campuses.

4: A Warning From God | One autumn day when Malala was still in primary school, the desks started to tremble and shake.

5: The First Direct Threat | Each morning, as Malala’s friends passed through the gate to school, a man across the street stood scowling at them.

Part Two, A Shadow Over Our Valley, 6: Radio Mullah | Malala was at the home of one of her relatives in Mingora one evening when she heard a strange sobbing coming from the radio.

7: The Taliban in Swat | The Radio Mullah continued his campaign against anything he deemed un-Islamic and Western.

8: No One is Safe | Malala’s father replied to the Taliban the next day in a letter to the newspaper.

9: Candy From The Sky | One day in the autumn of 2007, Malala was sitting in class when she heard a fearsome roaring from outside.

10: 2008: What Terrorism Feels Like | Somehow daily life continued despite the bomb blasts and killings.

Part Three, Finding My Voice, 11: A Chance to Speak | Day or night, Malala’s father’s courage never seemed to waver, despite receiving threatening letters as well as warnings from concerned friends.

12: A Schoolgirl’s Diary | “After the fifteenth of January, no girl, whether big or little, shall go to school.”

13: Class Dismissed | Ever since Malala had started doing interviews, people in Mingora sometimes came up to her and told her that she had done well.

14: Secret School | Malala’s father wanted her to continue to improve her English.

15: Peace? | One morning in February Malala awoke to gunfire. It wasn’t unusual for her to be awakened several times each night by the sounds of gunfire.

16: Displaced | “No Pashtun leaves his land of his own sweet will. Either he leaves from poverty or he leaves for love.”

17: Home | After three months of living here and there, with strangers and relatives, Malala was finally on her way home.

18: A Humble Request and a Strange Peace | Swat was finally at peace. The army remained, but the shops reopened, women walked freely in the markets.

19: Good News at Last | One day in October 2011 Malala’s father called me over to show her an e-mail he’d received.

Part Four, Targeted, 20: A Death Threat Against Me| One day in early 2012, Malala was in Karachi as guests of GEO TV, and a Pakistani journalist who lived in Alaska came to see her.

21: The Promise of Spring | By spring the valley had begun to warm, the poplar trees had burst into bloom, and a tiny miracle in the campaign for education had taken place right in Malala’s home.

22: Omens | That summer Malala turned fifteen. Many girls are married off by that age.

23: A Day Like Any Other | The second Tuesday in October started out the same as any other. Malala was late, as usual, because she slept in, as usual. She was shot.

Part Five, A New Life, Far From Home, 24: A Place Called Birmingham | Malala woke up on 16 October to a lot of people standing around looking at her.

25: Problems, Solutions | In those first days of being in the hospital, Malala’s mind drifted in and out of a dreamworld.

26: A Hundred Questions | When Malala got her wish and the nurses brought her a small white mirror, Malala was surprised at what she saw.

27: Passing The Hours | One day another Fiona came to Malala’s room. Her name was Fiona Alexander, and she said she was the head of communications for the hospital.

28: We Are All Here Now | When the tube in Malala’s throat was removed, she had another call with her father, one where she could actually speak.

29: Filling in the Blanks | The next few days were spent with Malala’s parents filling her in on what had happened in the sixteen days between the shooting and her reunion.

30: Messages From Around the World | Fiona Alexander brought Malala a bag of cards. So she thought, How nice, friends have sent me cards for Eid. It was cards from all over the world.

31: A Bittersweet Day | Doctors operated behind Malala’s ear, for nearly eight hours, trying to repair the facial nerve that had been cut by the bullet.

32: Miracles | Finally, Malala was released from the hospital, and 2013 was off to a happy start.

33: This New Place | Malala settled into her Birmingham life. She lives in a tidy brick house on one of those tidy, tree lined streets she saw from her window in the hospital.

34: The One Thing We All Know | A few things remain the same in her new world.  Malala and Khushal still fight, whoever wins gets to front seat on the way to school.

35: Anniversary | As the first anniversary of the shooting approached, many journalists came to interview Malala.

Hello, today I will be talking about the book Plants vs Zombies: Petal to the Metal, written by Paul Tobin and Ron Chan. The book starts off with Zomboss showing his latest inventions to a zombie reporter. He made a lot of new vehicles to stop the spikeweed problem. Spikeweeds would pop the tires of normal vehicles, but Zomboss’s new big fat tires, spikeweed scoopers, rubber balloon suits, and more things would be invincible towards them. Meanwhile, Crazy Dave is also making a car with an ice cream machine machine (machine twice on purpose). When Crazy Dave and Zomboss meet, they start a race. The loser has to leave neighborville forever. Later on Zomboss admits that the only reason they did the race was to lure away the plants, and then the zombies could take over neighborville. Patrice and Nate race back to the city to stop the zombies. After stopping them, they go back to the finish line. They win, but upon closer inspection, it’s a tie! So no one wins, and no one loses. 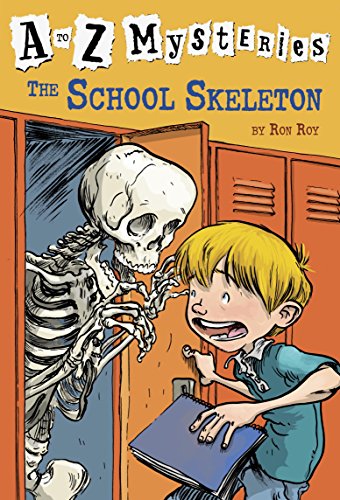 In the book The School Skeleton from the series of A-Z Mysteries, by Ron Roy, the setting takes place in a school during April Fools. The kids Dink, Josh, and Ruth are solving a mystery after seeing a fake skeleton inside their locker. They go around the whole school finding clues such as notes and footprints, but it’s still hard to find out who. After a teacher Mr. Dillon sees them trying so hard, he tells them that he did it but to not tell anyone else. Dink, Josh, and Ruth keep the secret and then stop searching. Later, Ms. Waters was getting curious about where her skeleton was. She also took the journey of looking for clues and all that stuff, until she needed to ask the students for help. They gathered at her office and had talks until Mr. Dillon started blushing and burst out laughing, so she found out it was him. All the characters had a good laugh.

The night before the hurricane, I was sleeping in the living room. I woke up to an intense heat in the living room, only to find out the power was gone. I went outside to feel some of the breeze before the vicious rain. Power returned in the afternoon, but only to go out once more in an explosion that looked like fireworks. The lanterns were charged but during the day we relied on sunlight to brighten up the house. Luckily, we put no plywood. The sun was setting and light was scarce. My phone was used as a music player because it had no service. All light was gone and the lanterns were being put to use. We played board games and told stories. That night, I barely slept due to the heat. 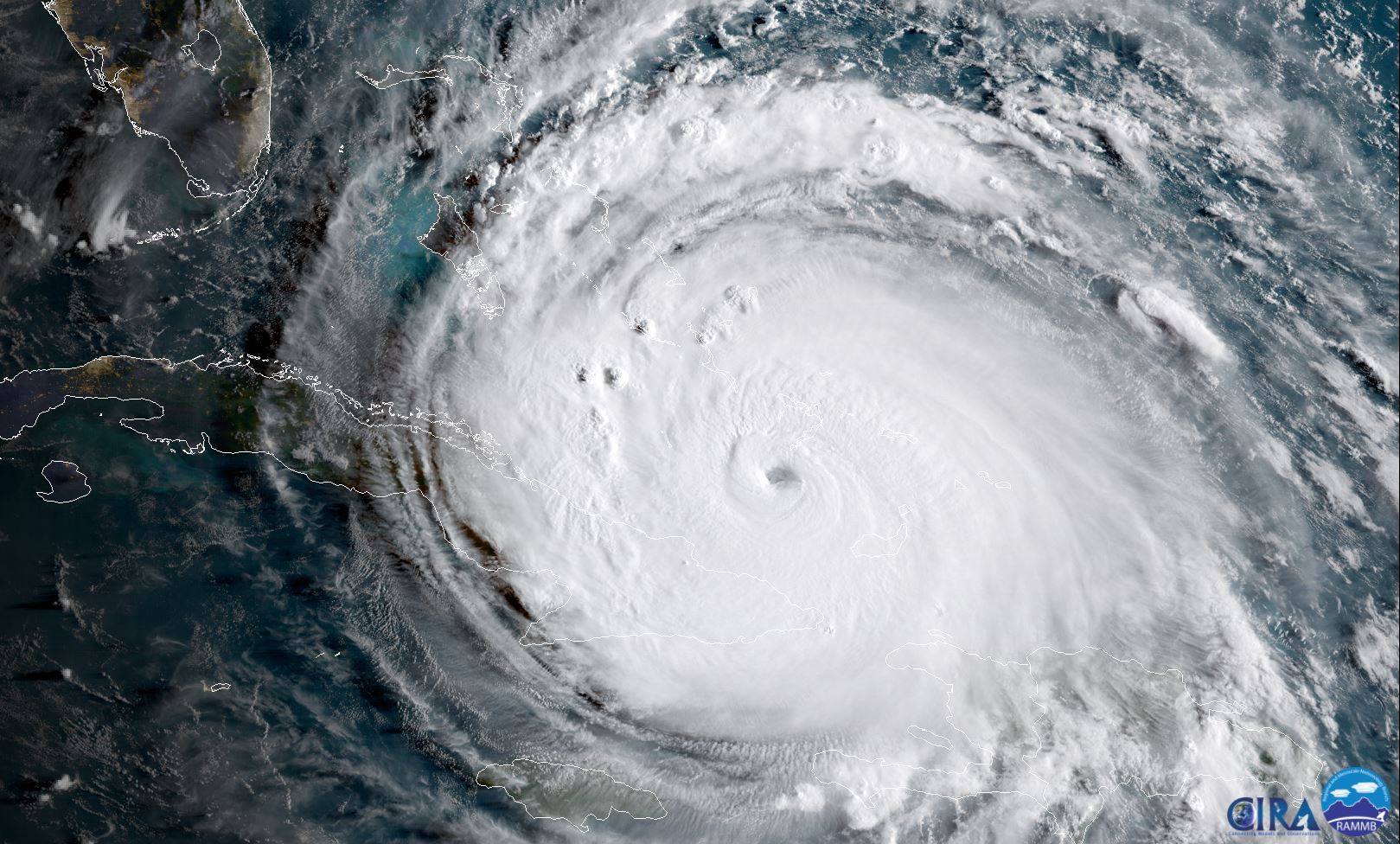 I was up earlier than usual, and I was greeted by a glass of warm milk to start the day. I was outside more often, usually playing or socializing with my nearby friends. We talked about the several times FPL was near or passed by and ignored our homes. While we were talking, it was already getting dark. Then, my dad’s friend comes in his truck with a generator in the trunk. He gave the generator to my dad, and we were able to power the refrigerator and charge our phones. Some more of my dad’s friends came and dropped off a generator. By the end of about two days, we had three generators. We decided there was too much heat and there was no sign of FPL coming anytime soon.

My dad, along with his brother, put an AC attached to plywood on the living room window. The way to the kitchen was blocked off by a plastic, zipper door. Not only was there cold air, but light as well. The mattresses were moved to the living room and we slept well those nights. After three days of sleeping in the living room, FPL came early in the morning to fix the power.